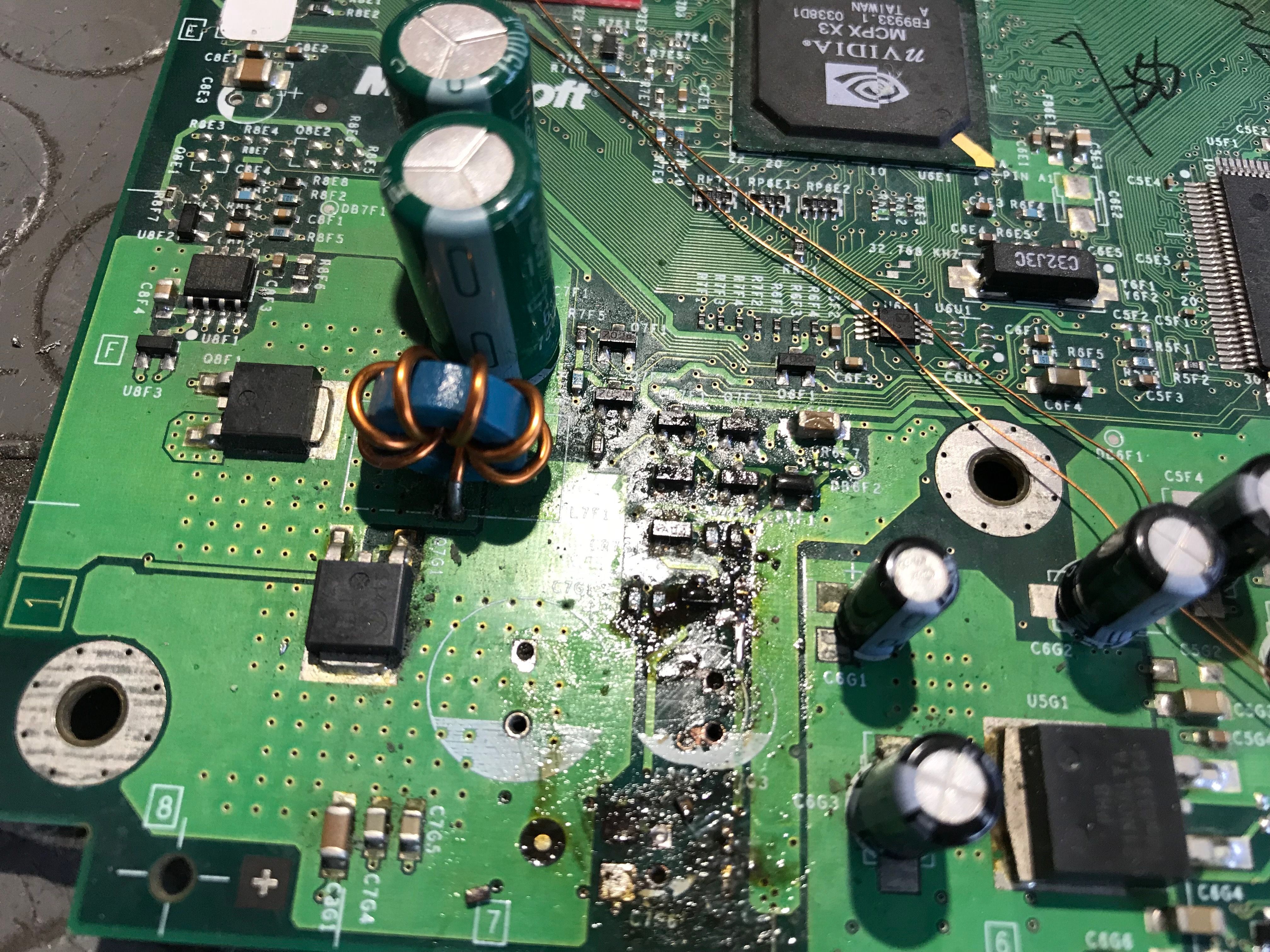 I'm a big fan of the Xbox Classic because you can mod it in a variety of ways and it can be a very useful computer. You can run Windows, Linux, and custom dashboards. The best dashboards are the Avalaunch (with ACAM feature!) and the Xbox Media Center. I loved the Microsoft Xbox since 2003, when I first bought one and even before turning it on I already installed my Aladdin 2 modchip from Team Xecuter and replaced the stock 10GB HDD with a 300GB one.

The Xbox classic did not have a clock battery so you should configure a NTP server connection through your Xbox Media Center to have the clock sync working.

A capacitor, marked in the system board as C7G6 worked to keep the system clock active for some minutes after a short power outage.

Sadly, while upgrading my 300GB PATA hard drive with a new Sandisk SSD 480GB Extreme PRO I noticed the C7G6 capacitor had a leakage an corroded the circuit around.

All the people I found on the internet, having this problem, had the smd R7G3 resistor lost or corroded so I couldn't find the correct value on the net. I had to open another Xbox, desolder the R7G3 from the second one and finally got the resistor value: 280Ohms.

So this post is to finally publish somewhere the value of this smd resistor which is so difficul to find on the internet.